Do you suffer from damaging shame?

You are not alone. Many people experience shame and bad feelings and let them negatively affect their lives. But, it is not necessary to live with it if you don’t want to anymore. First and foremost, it’s important to understand where it comes from so you can recognize if you have those things in your past.

Some people grow up feeling good and strong, while others carry the burden of damaging shame that persists no matter how much love they receive or great their achievements later in life. There is a difference between shame and guilt. Guilt can be the motivator of change, taking responsibility, and making amends, but shame is always a damaging feeling that keeps us trapped in misery. Shame lies to us and tells us we are no good, terrible, horrible human beings, and we feel this to our core.

The first step to healing is understanding that shame comes from influences outside of us and is internalized as reality.

Shame is developed through a variety of ways. John Bradshaw, author of the recovery classic Healing The Shame That Binds You, and Fossum and Mason, authors of Facing Shame: Families in Recovery explain it this way.

We learn shame just as we learn guilt, but shame is the result destructive conditioning. Shame begins from relationships that are the most valuable to us and within the systems that are most important.

The family is the most important aspect of growing up and becoming functional or dysfunctional. Extended family generations can be a source of shame.

For example, if one grew up in a family where there is poverty, or abuse, or perhaps, having multiple generations of family members who end up in prison, we learn shame by believing that we are a bad family and therefore, I am a bad child. Also, shame-based families have unhealthy coping skills and may be controlling, non-nurturing, poor communicators, arguing and fighting, and blame the child for all of the family issues. Also, shame-based children may have been abused – physically, sexually, emotionally, and/or spiritually – such trauma in and of itself is shaming as the child blames her/his/them self for the dysfunction and feels shame that this has happened. Being teased, humiliated, blamed, purposefully shamed, and told to keep secrets also leads to shame. Other shame comes from being abandoned; again the child feels she is so bad, that the parents want to have nothing to do with her.

2. Shame in the educational system

Shame can be developed through school with teachers, principals, and other personnel shaming students for who they are.

For example, the school system knows that Shannon’s mother is a drug addict and is currently in prison. She may have that pointed out to her, i.e., “You’re going to grow up just like your mom.” Similarly, a child may be told: “Why don’t you act like your siblings” or “You aren’t as smart as your brother.” Also, peers may shame the student; for example, “You smell” and call you “Smelly” or make fun of you because your dad has left home. They may know family history such as, “Your cousin committed suicide, why don’t you do the same thing?”

Unfortunately, some religious institutions cultivate shame in its members. Having to believe a certain way, follow dogma, being told you were born in original sin, having a punishing/punitive god, and other issues can be shaming.

Other shaming results from religious beliefs may include shaming about who you are (i.e., GLBTQ, your situation (divorced, living outside of marriage) or actually excommunicating you because of who you are or what you’ve done. Still other issues include the focus on perfectionism and righteousness (as defined by a church), the church telling you they are the only belief system (Christian churches telling you that Muslims are heathens, violent, non-god like), focusing on literal interpretation of religious texts such as the Bible, or even getting into religious addictive behaviors.

4. Shame in being different

Being different can mean so many things. It can be how you look relative to the mainstream, or people around you. For example, do you have piercings, tattoos or pink hair in a conservative community?  It can mean having different culture from people around you (ie being in the minority). It can mean ethnic background that is not as respected as it should be for one reason or another. Your color of skin, belief system, religion/spirituality, sexual orientation, gender status, obesity, mental illness, physical disability can also be perceived as different from the norm and a cause for shame.

Within all systems there is an artificial norm projected, and those who fall outside of that norm are perceived and can be shamed as different.

All kinds of people live in every system, including families, schools, communities. Because everyone is different and equally valuable in his or her own unique way, there is no actual norm in humanity. Inclusiveness and acceptance is something that has to be taught in the same way intolerance is taught. Being different in closed societies (neighborhoods or region or family) or any of the systems above can bring about deep and lasting shame. Differences can set us up for being shamed and we internalize this shame instead of rejoicing about our differences.

Everyone Has Some Shame

No one has escaped feelings of shame. Parents or teachers may have called you stupid or hopeless. You may have experienced prejudice for one reason or another. Gay Pride, the “Me Too” movement are two examples of people using community acknowledgement to both heal from shame and lift the stigma.  Healing begins with your personal acknowledging when and how you’ve been shamed and how the experience has caused you harm. Know that in whatever way you have been shamed, you are not alone. 100 Tips For Growing Up is a great resource to help your heal. 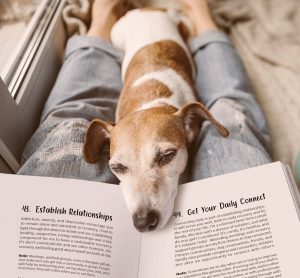