How To Fight Addiction if You Are a Single Father

by Recovery Newsdesk 1 month ago3 weeks ago
367views 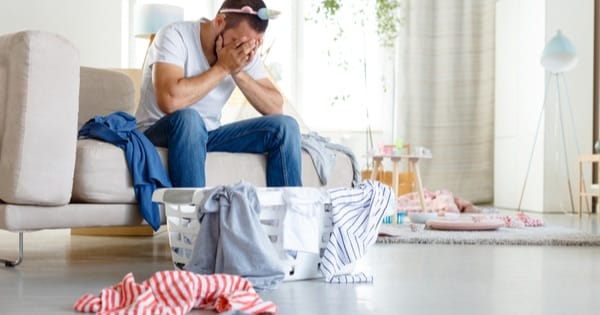 It is believed that dads are not adapted to raise children and, under no circumstances, will not be able to replace the mother. The tremendous pressure that society exerts on men often adversely affects their psychological state.

A man is not only a biological creature with specific sexual characteristics, but society also requires him to demonstrate particular “male” behavior. From childhood, they are taught to “behave like a real man,” and in case of deviation from this norm, the boy may face severe disapproval. So a man under constant pressure is expected to work harder and earn more, to take responsibility, not to show his weaknesses and emotions. This unsaid demands often lead to stress and frustration; men often get sick and resort to various methods to relax and relieve stress.

Many more men than you can think of, find themselves alone with their children after the wife’s’ death or divorce. Because of the pressure exerted by society, high expectations, and many responsibilities they face, drug abuse is becoming a frequent problem. What exacerbates the problem is that caught in a difficult situation, many men fenced off from outside help.

Although, as practice shows, society is friendly towards single men with a child. Do not refuse help—pride here will not be the best adviser. And often, it can come not only from relatives and friends but also from strangers (teachers, educators, neighbors). And the child himself, who feels and understands everything, will strive to help you in everything, so you should not stop this desire in the bud.

Unfortunately, most men are too proud, and instead of learning to rely on other people, they try to do everything themselves, taking on themselves a big load. At some point, many can not stand it and surrender in favor of drugs and other bad habits. For the sake of children and your future, you must immediately take the necessary steps. Stop drug abuse as quickly as possible—the most reliable option. But, as this often happens, the moment of dependence comes for a person entirely unexpectedly. Then specific drug abuse help for men is the only possible option.

Trial drug abuse is random, and often at this stage, people use drugs spontaneously without prior planning. Some people are not limited to the trial use of drugs and begin to use them regularly, for example, on weekends.

Not all people who regularly use drugs go to the stage of abuse or the stage of drug addiction. At this stage, people manage to keep their use under control, and if desired, they can give up drugs. However, regular drug use increases the likelihood of risky behavior, such as driving while intoxicated, unexpected outbreaks of aggression, or symptoms of depression or anxiety.

You can talk about abuse when a person continues to use drugs, even if he notices that it begins to be accompanied by (additional) problems. At this stage, people believe that drugs are not part of their life, and at the same time, they can’t imagine their life without them.

There are no direct signs that testify drug addiction, but some of them in the complex may show something even to inexperienced:

Symptoms of drug addiction are associated with the type of psychoactive drug used.

Persons who use cannabis exhibit excessive dilatation of the pupils and severe hyperemia of the conjunctiva and lips. A person may look either too fussy or vice versa, lethargic, and inhibited.

When using opiates, the person shows drowsiness and lethargy, his speech is slow. The skin is unnaturally pale, the pupils are much narrower, the lips are scarlet.

The influence of psychostimulant substances is expressed through sharp movements, expanded pupils, and accelerated speech. And decisions are made very quickly.

When using hallucinogenic substances, the patient develops auditory, tactile, and visual hallucinations. With the prolonged intake of such chemicals, the patient has a pronounced psychoactive disorder, such patients are prone to depression. Traces of injections, as well as swelling, slight abrasions, cuts, and abrasions, can be detected on their bodies. This type is the most dangerous for men and demands men’s rehabilitation.

Preventing the formation of drug addiction is based on maintaining conditions conducive to a healthy lifestyle and eliminating the influence of adverse external factors on his psyche.

Long-term drug use leads to the fact that a person loses sexual interest in the opposite sex. Men who abuse drugs have impotence. Some types of drugs can affect genetics. For example, when taking LSD, a person is doomed to the appearance of sick offspring, since this substance rearranges some rows of chromosomes.

A narcologist should be involved in the diagnosis and treatment of drug addiction. Most often, men tell what kind of narcotic substances they take. To detect psychoactive substances in the patient’s blood, an immunochromatographic analysis of biological fluids, chromatography-mass spectrometry, or enzyme immunoassay are prescribed.

Inpatient treatment in men’s rehab implies both medical support and psychological support. Narcologists and psychologists work with patients. Immediately after admission, the patient undergoes an examination, thanks to which the doctor determines if there are problems in the functioning of the organs and prescribes a course of medications that not only relieves withdrawal but also positively affects the functioning of the body. And only after the physical condition stabilizes, does work with psychologists begin.

Drug addiction therapy consists of three stages: detoxification, restorative, and stimulating. Along with the refusal to use narcotic substances, the patient receives active anti-drug and anti-relapse treatment. Also, he is prescribed sessions of psychotherapy, which allows the patient to adapt to life without drugs.

Of course, not all difficulties are readily amenable, but they can be overcome if there is a desire. Moreover, there are positive aspects: a single father who has gone through male addiction treatment can finally devote more time and attention to a child, receiving in return, a large portion of children’s love. Psychologists note that children raised by fathers, as a rule, are distinguished by maturity and responsibility at an early age. They value the love and care of a parent more, are more likely to listen to his advice, grow up faster than usual, and become supportive for a single dad.

This content is brought to you by Lisa Aaron.

The post How to Fight Addiction if You Are a Single Father appeared first on The Good Men Project.

More From: Around The Web