by Lindsey Glass 3 years ago4 months ago
1063views

On top of the opioid crisis, meth destruction, and other drug horrors, we still have an alcohol problem in this country. In these complicated times, it’s easy to look at alcohol as the lesser of the evils, but let’s not forget that alcohol abuse is at the center of many of America’s biggest problems.

“Excessive alcohol consumption cost the U.S. $223.5 billion in 2006 alone, and nearly half of that burden was borne by the government, according to a new study conducted by the Centers for Disease Control and Prevention (CDC).” Time

“Every day in America, another 29 people die as a result of drunk driving crashes. That’s one person every 50 minutes.” MADD

“Quite honestly, alcohol is the No. 1 date rape drug,” said Mike Lyttle, regional supervisor for the Tennessee Bureau of Investigation’s Nashville crime lab. “… Roofies are very rarely — if ever — seen in real life.” USA Today

“Alcohol Use Increases the Risk of Sexual Assault. At least half of sexual assaults among college students occur after the perpetrator, the victim, or both consume alcohol. Alcohol use can increase the risk of sexual assault in several ways. Alcohol use by a potential assailant can lead to increased aggressive behavior and an inability to interpret another person’s sexual interest accurately.” National Institute of Justice

“STRONG LINKS HAVE BEEN FOUND between child maltreatment and alcohol use, especially when drinking is harmful or hazardous. A number of studies have established that alcohol is a significant contributory factor to child maltreatment, and many show that being maltreated as a child is associated with marked increases in the risk of hazardous or harmful drinking in later life.” Govt. of Canada

“Mental illness and alcoholism or drug abuse interact in a complex dance, “says James Garbutt, MD, professor of psychiatry at the University of North Carolina at Chapel Hill and research scientist at UNC’s Bowles Center for Alcohol Studies. “Mental illnesses can increase the risk for alcoholism or drug abuse, sometimes because of self-medicating. On the other hand, alcoholism can lead to significant anxiety and depression that may appear indistinguishable from a mental illness. Finally, one disorder can be worse than the other.” Everyday Health

Sadly, this is just a short list of the things alcohol abuse affects, but let it serve as a warning in case anyone has any questions about how harmful alcohol can be in comparison to other substances. If you need treatment help, you can find resources and treatment near you at Recovery Guidance. 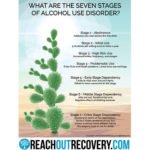 Alcohol is still the king of addictions, killing more than 88,000 people each year.